HCG & Weight Loss – The Facts You Need To Know 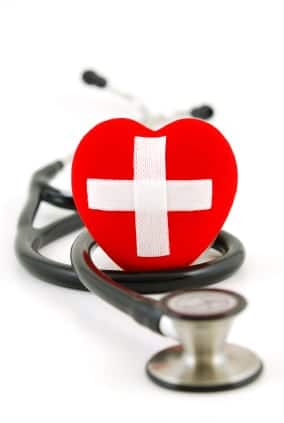 About Hormone Shots and Weight Loss

With Americans leading the obesity race, it’s no wonder we’ll consider daily injections of a pregnancy hormone to take off the pounds.  The American diet still leads as the highest fat & sugar content with the largest portion sizes in the world despite our awareness of the health risks.  The weight loss industry has a guaranteed supply of new clients every year and those clients have many choices when looking for a way to fit back into their skinny jeans.

One option many of us have heard of is hormone shots.  There are all kinds of claims that daily injections of the pregnancy hormone HCG, will trick your metabolism into burning all those undesirable pounds of fat.  After all, a pregnant woman is able to take in twice as many calories right?  She is eating for two!  Not so fast though; here’s what’s really going on… HCG is present in a pregnant woman’s blood to fortify the maturing embryo (and then fetus) with enough calories for healthy growth and development.  It’s kind of like an insurance policy for the baby that he or she gets fed and fed well.  In the presence of HCG, it is believed fat stores are released more readily supplying Mom with plenty of calories for her and baby.  The idea is, manipulate the metabolism and lose weight. [1]

It is certainly not a prescription to eat whatever you want however.  A low, 500 calorie a day diet is also prescribed for those treated with HCG for weight loss.  The rationale behind this is that fat stores will be released more readily in the presence of HCG and with only 500 calories a day to sustain metabolism, obviously your body will have to use fat.  Dieters are told they will actually not be hungry because of the new supply of sugar their body is creating from their own fat.  In theory, it sounds like a plan that might actually work.  The reality is, HCG has shown little effectiveness as a weight loss prescription over the 50 years since it’s first prescription for weight loss by Dr. Albert T. Simeons. (2)

Interesting to note is that HCG is only FDA approved as a fertility drug; not a weight loss prescription.  Labeling of HCG is required to state:

HCG has not been demonstrated to be effective adjunctive therapy in the treatment of obesity.  There is no substantial evidence that it increases weight loss beyond that resulting from caloric restriction, that it causes a more attractive or “normal” distribution of fat, or that it decreases the hunger and discomfort associated with calorie-restricted diets. [3]

With that kind of endorsement, how is it that HCG has been marketed and delivered so successfully as a weight loss remedy?  A great deal of the credit goes to infamous infomercial king Kevin Trudeau whose 2007 book, The Weight Loss Cure They Don’t Want You to Know About, convinced many there was no doubt a conspiracy going on. [4}  Trudeau claimed that HCG treatment for weight loss had been intentionally suppressed by the AMA, the FDA, and other “medical establishments throughout the world.”  The conspiracy held that drug companies and medical professionals who specialize in obesity surgery didn’t want to lose any weight loss revenue to HCG.

Trudeau was the one who was misrepresenting the facts however and in 2007, the FTC charged him with violating a court order by misrepresenting the contents of the book.   Previous claims through his infomercials had led to a court order banning him from using infomercials to sell any product, service, or program except for books and other publications.  The HCG believer Trudeau was ordered to pay more than $37 million for that violation of court order.  [5]

The facts on HCG in a nutshell are this: there are no credible scientific clinical trials demonstrating HCG’s effectiveness as a weight loss aid.  In fact, there can be deleterious effects including an increase in muscle mass in androgen-deficient males and potentially a post-partum depression syndrome in women.  HCG has also shown to increase the odds of pregnancy in women; an unwanted hormonal side effect for most who are seeking it for weight loss.  [2]    Remember, HCG’s only FDA approved labeling is as a fertility drug!

Made with ❤ by Online Marketing Gorilla, LLC