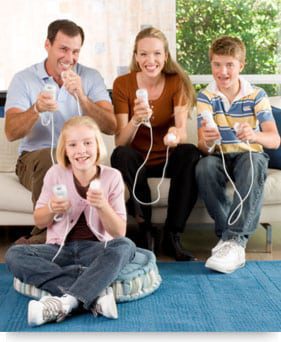 Carmen Stacier, Chief Mom at DietsinReview.com poses an interesting question to parents: “Should You Put a Child on a Diet?” Her short answer is, yes. Here’s what she means:

I’m not advocating starting your eight year old in the Weight Watchers plan, packing the lunchbox with Slim-Fast shakes and enrolling your daughter in a prepared meal plan. I’m also not advocating counting calories with your child, focusing on the number on the scale, or instructing her on weighing out her meals. Rather, I want to talk about helping your child to be healthy, and in some cases, this does mean keeping an eye on her weight.

She first considered putting her 6-year-old daughter on a diet after a pediatric checkup. “Rather than ignoring the reality of a child getting heavy in the name of letting your child relax and enjoy their childhood, I think it’s a far more realistic approach to begin healthy habits.” Portion control and indoor fitness activities, such as the Wii, has helped Carmen teach her daughter healthier habits.

Made with ❤ by Online Marketing Gorilla, LLC